This was produced by the Mohawk Paper Company, and I got it at a design show somewhere along the way. I find it interesting. The time periods shown denote a beginning point for a style and it’s era of dominance. We all know styles come back though and continue to be utilized and influencers of other work. And what about eclectic? I think that is my style…a mix of styles. Even though it was short lived on this chart, I’ve alway thought the Atomic Style of the 1950’s is really fun. Mid-Century Modern is what people are referring to as the style that encompasses that design era and it has become very popular now. 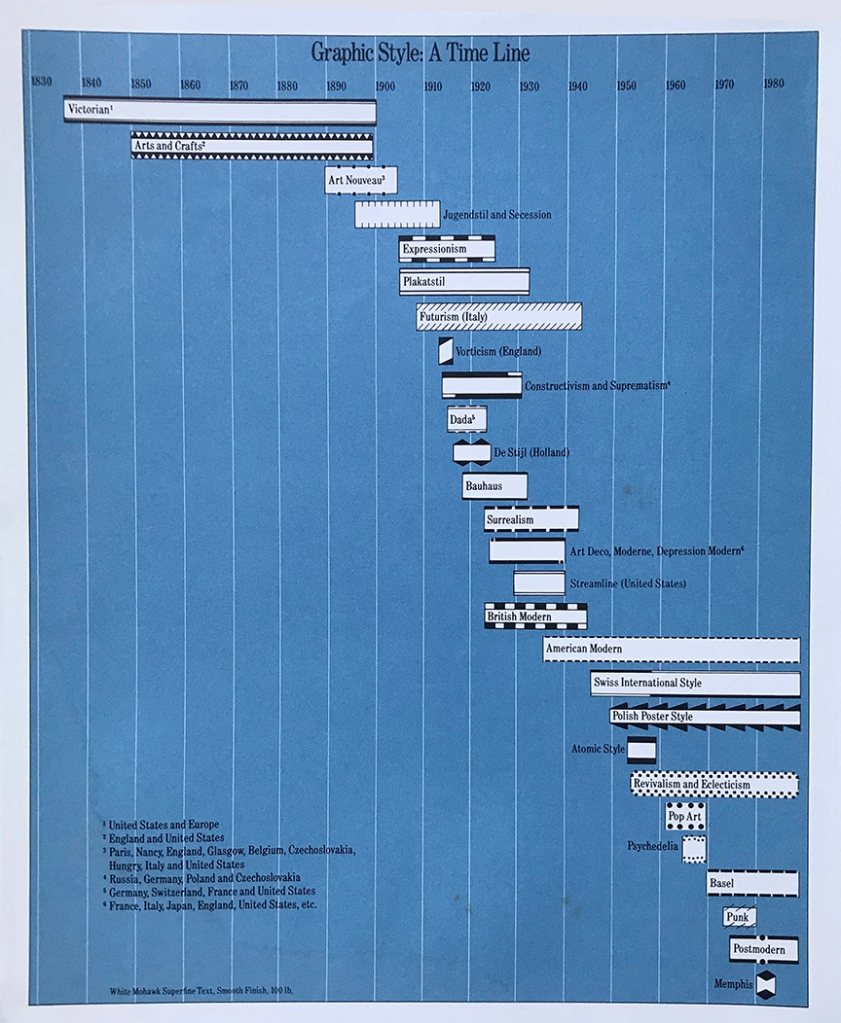